The Music is in the Man

In my early twenties, I thought that to be successful, I must look successful.  I bought a Porsche, a gold Rolex watch and some Brooks Brothers suits.  Dean Kates, who was my mentor back then, told me the following story to help me understand that greatness comes from within, not from what you own – and that bling is pretty much meaningless!

So here’s the story:

After many years away, a world-famous violinist returned to his small hometown in Georgia.  He came to play a benefit concert to raise much-needed funds for his high school’s music program.  Because the violinist was one of the very best musicians in the world, the town spared no expense and rolled out the red carpet for him.

At a reception held two hours before the concert, many of the performer’s high school chums showed up to pat him on the back and wish him well.  As a group, they asked to see his one-of-a-kind Stradivarius that had been built in the 17th century.  It was said that the music that flowed from his Stradivarius was the sweetest, purest, most heart-touching melody the world has ever known.

But not everyone was thrilled by the much-celebrated maestro’s return.  In a dark corner of the reception hall stood Barney.  Back in high school orchestra, Barney had been first chair violin until this now-famous artist joined the group and “stole” his spot.  It was an insult that Barney could never forgive, forget or get over!

Barney knew that if he had the Stradivarius, he’d be just as famous – heck, probably more famous – than this so-called concert legend.  And with that, a twisted idea hatched in Barney’s mind.

Unseen, Barney snuck into the dressing room and stole the famous son’s renowned violin.  As he slithered out the back of the concert hall, he smiled a crooked smile as he thought: I’ve destroyed the man I hate most in this world – his concert playing days are over!

Minutes before the performance was to begin, the theft of the Stradivarius was discovered.  But as we all know, the show must go on!

When the world-famous violinist took the stage, a quiet hush descended upon the packed house.  He spoke: “Ladies and gentlemen, thank you for being here.  As most of you know, it seems my Stradivarius has been stolen.”  With that, a man walked on stage and handed him a cheap, mass-produced, $100 violin that had just been purchased at the local music store.

The maestro thanked the owner of the store who had just handed him the $100 violin.  With that, the lights dimmed and the violinist began to play.  Softly at first, but with each passing note the beauty, strength and grace of his playing soared into the upper reaches of the concert hall.  Never before had such moving music been heard.  Tears of delight filled the audience’s eyes.

Out on the street, Barney could hear what could only be described as a heaven-sent melody.  It quickly dawned on him that his wicked deed hadn’t ruined the performance.  With or without a Stradivarius, only beautiful music flowed forth from his high school nemesis’ fingertips.  Head down and ashamed, Barney melted into the night.

The crowd rose, and with cheers and thunderous applause, they thanked their favorite son for his incredible, never-to-be-forgotten performance!

Once the audience quieted, the world-famous violinist spoke: “Many mistakenly think my music comes from a very expensive, one-of-a-kind instrument.  As you just heard, this is not the case.  In fact, it’s not the case for any of us!  Inside each one of us is a handful of unique talents placed there by God.  It’s our job – our responsibility – to discover these talents and develop them to the fullest.  And here’s the thing: accomplishing this requires tons of hard, persistent and determined work.  And the thing is, you, and only you, can do this work!”

Do you seek real-world real estate investing information?  Go to BillandKimCook.com.  It’s packed with free creative deal structuring techniques and strategies.  Bill and Kim Cook have been investing in real estate since 1995.  Their portfolio consists of single-family rentals, a small mobile home park, plus notes and options.  If you have questions, give Bill a call at 770-815-8727. 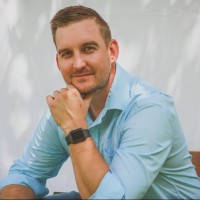 Administrator Administrator
Sorry! The Author has not filled his profile.
email
blake@maberrydesign.com